The Battle at Bayou Cache and Historical Interpretation

Arkansas, July 7, 1862, near Hill’s Plantation and Cache River a small battle took place. On the afternoon of July 6, 1862, Maj. Gen. Samuel R. Curtis’ Army of the Southwest was strung out along Clarendon Road when it was discovered that the Confederates had fallen enough trees in front of James’s Ferry to halt their advance. At that point, where the swampy bayou and cypress trees choked the road, it would be impossible to circumvent the obstacle; they would have to cut their way through the barricade. This meant they were there for the night. There was a brief skirmish between the 3rd Iowa Cavalry and about fifteen or so Confederate irregulars. In command of the advanced division was Brig. Gen. Frederick Steele. That night scouts were sent across the river to the other side of James’s Ferry while work on the blockade commenced.

The next morning Curtis instructed Steele to send out a reconnaissance while a bridgehead was established as they finished up clearing the road. While the Army of the Southwest floundered on Clarendon Road, Confederate Maj. Gen. Thomas C. Hindman was hurriedly trying to get his ragtag group of Texas (Rangers) and Arkansas troops to Cache River in time to strike Curtis’ army while it was still bogged down.

At about 6:00 a.m., on the 7th, Colonel Charles E. Hovey, in command of Second Brigade, was ordered by Steele to take his men and form the bridgehead as well send out part of his force in reconnaissance. Once across Hovey sent Colonel Charles L. Harris of the 11th Wisconsin ahead with 8 companies (D,I, H, and G of the 11th Wisconsin and, A, E, I, and K of the 33rd Illinois) along with a small cannon. Harris led his men down Clarendon Road to a fork at the edge of a cornfield where Hill’s Plantation resided. Once there his men stopped for a short time as skirmishers headed down Des Arc Road (to the South) where they ran into a group of Confederates who fired a single volley and fled.

Long story short, for this introduction as I will get into more detail later, Harris would be instructed by Hovey to rapidly move down Des Arc Road in an attempt to “rescue a prisoner just captured by the Confederates. At a turn in the road near a swamp, the four companies of the 11th Wisconsin ran smack into 2,000 Confederates and were nearly engulfed along the road.

According to official records, “[as] Union Col. C.L. Harris moved forward with elements of the 11th Wisconsin, 33rd Illinois, and the 1st Indiana Cavalry, he blundered into an ambuscade.”This is repeated countless times virtually wherever you find a description of the initial stages of the battle which was won by the Federals. 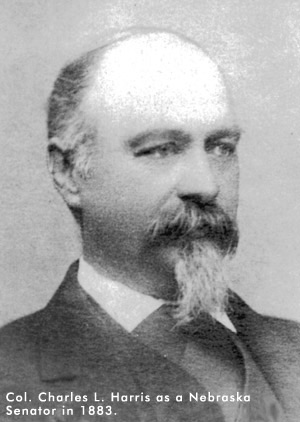 My mission is to investigate the battle and see if there might be some flaws contained within the accounts and documentation. Let’s briefly look at the documents involved. How about the Official Records, The War of the Rebellion: a Compilation of the Official Records of the Union and Confederate Armies.

There are only 6 reports concerning the fight. The first one is a short introduction by Curtis, who was miles away. The second one is from Steele, who also was not present. The third one, yup, Brig. Gen. William P. Benton who also was not there. The fourth was from Hovey, who was not present during the initial phases of the attack, and the fifth from Col. Conrad Baker, commanding Fourth Brigade, who was also not in attendance. The last one was from Lieu. Colonel William F. Wood, who was not present during the initial attack but came on later to play a crucial role.

Colonel Harris of the 11th Wisconsin either did not file a report or one did not survive. He was severely wounded and that may be the reason for a lack of representation on the part of 11th Wisconsin. Strangely, there were other officers in the 11th who were either not allowed to file a report or none survived, including Lieu. Colonel Charles A. Wood (not to be confused with Wood, 1st Indiana Cav.).

There are not many significant accounts of the battle that I could find. William L. Shea’s “The Confederate Defeat at Cache River,”published in The Arkansas Historical Quarterly, Vol. LII, No. 2, Summer 1993, represents the most modern account. Numerous books on the Civil War in Arkansas briefly mention the event, such as “Rugged and Sublime: The Civil War in Arkansas”(University of Arkansas Press, 1994), but as the chapter that covered this fight was by Shea, it did not different from his above article. Also, Glenn T. Nelson and John D. Squier, “The Confederate Defense of Northeast Arkansas and the Battle of Cotton Plant, Arkansas, July 7, 1862,”Woodruff County (Ark.) Historical Society, Rivers & Roads & Points in Between, (Spring, 1989). The battle has also been called “Cotton Plant,”"Round Hill,”and “Hill’s Plantation.â€

Shea’s article essentially follows the narrative given by Hovey in his official report. Shea also cites Elloit and Way’s “History of the Thirty-Third Illinois Regimentâ€¦,”as well as a report by William Fayel, a Civil War journalist who Shea calls “unusually reliable.”And I do agree that journalist, as opposed to regiment correspondents, are far more objective. But the main problem here is that it appears Fayel was also not present during the fight. (Still investigating this.) So we have a bunch of reports from folks who were not even there. And on top of that, not all of them agree on what happened.

Shea’s cited sources seem slanted to the 33rd Illinois and this perhaps makes his research flawed. For example, he sites Elloit and Way’s regiment history 8 times while never citing the 11th Wisconsin Regimental history (granted it does not cover the battle in great detail). The lone representatives of the 11th Wisconsin in Shea’s research are: Edward B. Quiner’s “The Military History of Wisconsin”(Chicago, 1866), the memoirs of Calvin P. Alling who served in the company D but was not present during the fight, and a letter from J.C. (Shea incorrectly calls him “I.C.â€) Metcalf of the 2nd Wisconsin Cavalry, which he cited from the Quiner Papers. The quality of the sources is important, and I understand that, however there are several good sources that represent the 11th Regiment’s point of view that Shea does not include.

Shea seems to largely ignore (for lack of better wording as I do not know) the dozen or so correspondences found in the Quiner Papers, along with several other accounts written by members of the 11th Regiment including one who was involved in the fight (McCarthy, Company D) and was wounded. Regimental correspondents and histories often forget to mention the acts of other regiments during battles and thus reliability is an issue. However, Shea has no problem citing ones that favored the 33rd Illinois Regiment, or at least that’s the impression. Also, he largely ignored the 1st Indiana Cavalry who played a crucial role in securing the victory. I have already request diaries and letters from Indiana archives. Shea comes to the conclusion that Hovey and the 33rd Illinois saved the day. He also contends that parts of the 11th Wisconsin fled the field. Additionally, there is some controversy centering on Wood and the 1st Indiana Cavalry who I feel deserve more respect than has been given to them. I feel Hovey’s exploits are over-rated and maybe even false. All this I will get into later in more detail.

So I plunge forward and see if I can find enough evidence to redeem what appears to be a gross misrepresentation of Colonel Harris and the 11th Wisconsin Infantry Regiment. I will keep you informed, cheers!

23 Responses to The Battle at Bayou Cache and Historical Interpretation