The Battle of Shiloh has drawn my interest for some time and for various reasons. The storylines within the battle, as in most major confrontations, are intriguing and present many, â€œWhat theâ€¦?â€ and â€œWhat ifs?â€ questions and scenarios.

Leading up to the fight, Grant thought the average Southern soldierâ€™s heart was not in the war. He dismissed his opponents and was not concerned about what they might be doing, but only about what he was doing. Over confidence didnâ€™t end with Grant, of course, but Sherman was blind as well. 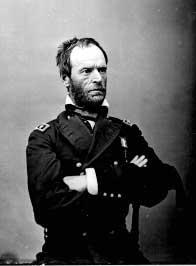 For example, increased activity along their front leading up to the battle as report after report of skirmishes with the enemy came in, and yet Sherman was dismissive. Col. Jesse Appler of the 53rd Ohio (a green unit with barely a couple weeks of training), on the eve of the battle spotted enemy cavalry and sent men to investigate. They came back and reported that not far off was a full-blown â€œRebel skirmish line.â€ Apple ordered his men into line of battle and sent word to Sherman â€“ the proper reaction. A few minutes later one of Shermanâ€™s staff officers returned and called out the following so that everyone could hear, â€œColonel Appler, General Sherman says: Take your damn regiment back to Ohio. There is no enemy nearer than Corinth.â€ This was followed by snickering and laughter, completely humiliating and embarrassing a commander in front of his men.

During the onslaught of the next day, as the regiment to their right broke and ran, Appler decided he had seen enough and yelled to his men to save themselves as he led them in fleeing from the field. Hardly a surprising development when considering his lack of experience and his probably low opinion of his commander who put his men in their predicament. 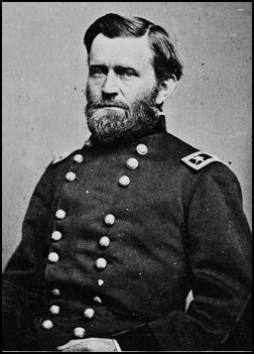 The night before the attack a solider on picket duty for Shermanâ€™s brigade was amazed to see â€œas far as the eye could reach through the woods in our frontâ€¦ hundreds of [camp] fires.â€ [Note: a sure exaggeration by the soldier, but still worth mentioning. For more see: Battle of Shiloh: Shattering Myths.] That day, shots constantly rang out in those same woods as nervous Confederate soldiers fired test shots to make sure their powder was fine after marching in the rain the day before.

These are just a few examples of the evidence that Sherman in particular, as Grant was not there that evening or morning, either ignored or didnâ€™t get because of timid commanders. Sherman would redeem himself during the fight with his bravery, three horses would be shot out from under him.

What probably saved Grantâ€™s army was the selection of the ground. Pittsburgâ€™s Landing was a naturally strong position defensively. Taken into account the mistakes made by Albert Sidney Johnstonâ€™s battle plan: marching his entire army straight at the defenders in large bodies resembling an inflated Roman phalanx. This led to entire brigades becoming intermingled in the chaos of the fight. When they were supposed to swing right and crush Grantâ€™s army on the banks of the Tennessee, they swung left instead. 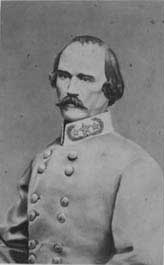 Also, as hungry and thirsty Rebel soldiers entered the tent city abandoned by the fleeing Federal troops, they stopped and wasted valuable time rummaging for food and drink. This allowed the Federals time to reform their lines, especially in the center where they were in particularly bad shape up to that time.

Had Johnstonâ€™s plan of attack been a little more creative, had his men been a little more disciplined, and had he not had the misfortune of being killed in action that day, complete victory might have been his and what would have happened to Grantâ€™s career is not hard to imagine. Especially when considering in the aftermath of his narrow victory, Grant was almost removed from command.